The pomegranate | A jewel among fruit 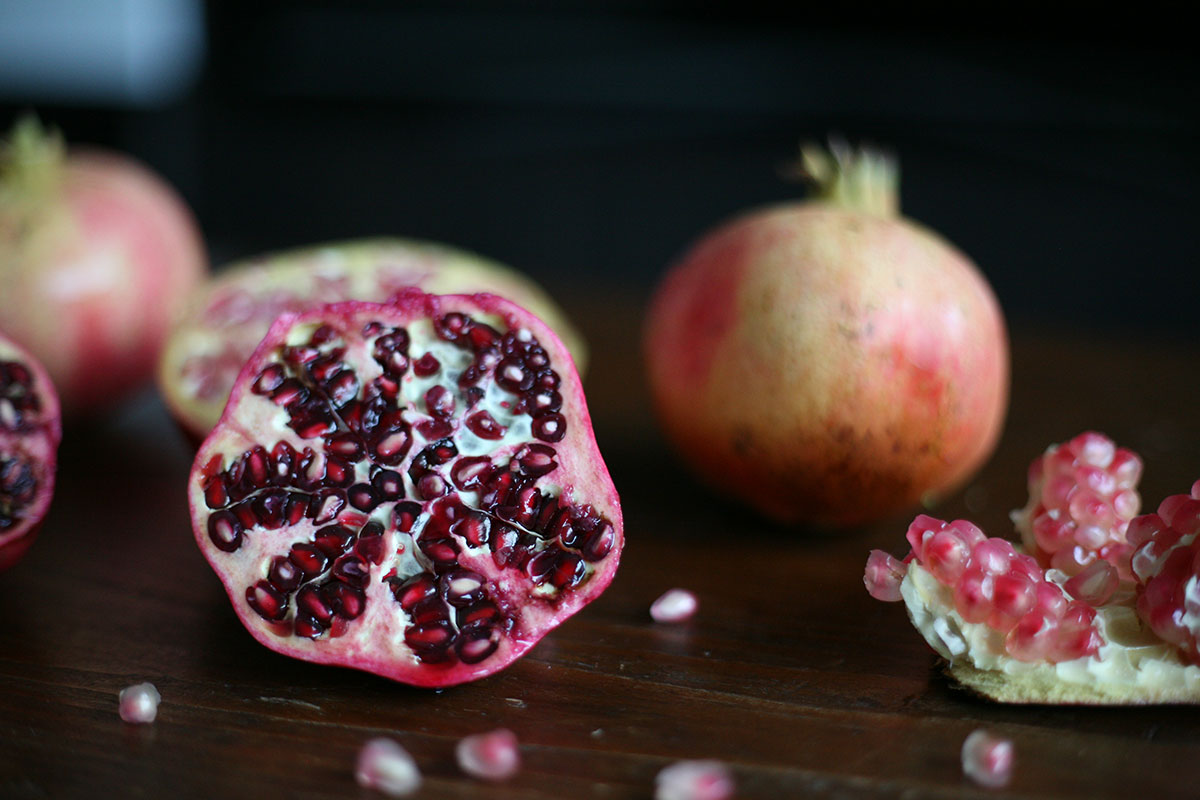 In a world where every kind of fruit and vegetable is available on supermarket shelves at any time of year, we have lost some of the excitement of seasonal fruit. However, a wander around local markets reveal what is truly is in season. And as Mother Nature knows best, fresh, local and in season are always the tastiest among fruit and veg.

As the summer heat gives way to cooler temperatures, the sweet and juicy stone fruit that filled the vegetable trucks start to dwindle. The fruit season is almost over, making room for the dark green veggies we’re starting to crave. However not before the pomegranate season.

The pomegranate tree (rummiena) is found abundantly in both Maltese countryside and private gardens, with bright red jewels bursting through the thick skins before they fall to the ground. It was introduced to the Maltese islands in ancient times and has now become an integral part of our flora.

Pomegranates have been cherished for their exquisite beauty, flavour, colour, and health benefits for centuries. From their distinctive crown to their ruby red arils, pomegranates are royalty amongst fruit. They are symbolic of prosperity and abundance in virtually every civilization. Fortunately, this treasure’s versatility and possibilities are as abundant as the juicy arils bursting forth from within.

The name pomegranate derives from Middle French, pomme garnete, literally “seeded apple”. Many scholars also believe that the forbidden, yet irresistible fruit that Eve indulged in from the Garden of Eden was actually a pomegranate (and not an apple).

The pomegranate is a symbol of abundance and is still used throughout the world, particularly at wedding ceremonies. During a Persian wedding ceremony, a basket of pomegranates is placed on the ceremonial cloth to symbolize a joyous future. In Turkey, after the marriage ceremony, the bride throws a pomegranate on the ground. The number of arils that fall out are believed to indicate how many children she will have. In Crete, when a bride enters her new home, the groom hands her a pomegranate. In China, a picture of a ripe, open pomegranate is a popular wedding present, expressing the wish, “May you have as many children as there are seeds.”

After opening the pomegranate by scoring it with a knife and breaking it open, the arils (seed casings) are separated from the peel and internal white pulp membranes.

The entire seed is consumed raw, though the watery, tasty aril is the desired part. The taste differs depending on the subspecies of pomegranate and its ripeness. The pomegranate juice can be very sweet or sour, but most fruits are moderate in taste, with sour notes from the acidic tannins contained in the aril juice.

Ottolenghi and other celebrity Middle Eastern chefs have shone a light on ingredients commonly used in the Middle East which have been a little neglected here. Though the fruit has always been eaten raw by locals there are no traditional recipes that include the fruit, its juice or its syrup.

Pomegranates have been used around the world in a variety of dishes from appetizers, soups and salads, main courses, preserves, dips, sauces, desserts and drinks.

In the Caucasus, pomegranate is used mainly as juice. In Azerbaijan a sauce from pomegranate juice (narsharab) is usually served with fish or tika kabab. In Turkey, pomegranate sauce, is used as a salad dressing, to marinate meat, or simply to drink straight. Pomegranate seeds are also used in salads and sometimes as garnish for desserts. Pomegranate syrup or molasses is used in muhammara, a roasted red pepper, walnut and garlic spread popular in Syria and Turkey.

In Greece, pomegranate is used in many recipes, including kollivozoumi, a creamy broth made from boiled wheat, pomegranates and raisins, legume salad with wheat and pomegranate, traditional Middle Eastern lamb kebabs with pomegranate glaze, pomegranate eggplant relish, and avacado-pomegranate dip. Pomegranate is also made into a liquer and popular fruit confectionery used as ice cream topping or mixed with yoghurt or spread as jam on toast. In Cyprus as well as in Greece and among the Greek Orthodox, Diaspora is used to make kolliva, a mixture of wheat, pomegranate seeds, sugar, almonds and other seeds served at memorial services.

Pomegranates are a new super food. They are high in vitamin C and potassium, a great source of fibre, and low in calories.

The pomegranate has been cultivated in Caucasus since ancient times and today is widely cultivated throughout Iran, Azerbaijan, Afghanistan, India, Pakistan, Bangladesh, Iraq, China, Burma, Saudi Arabia, Israel, Jordan, and the Mediterranean.

Why not try some of our recipes using pomegranate?

Freekeh and chickpea salad with pomegranate and a fried egg

Rose meringues with pomegranate and pistachios

Pineapple and lime carpaccio with pomegranate 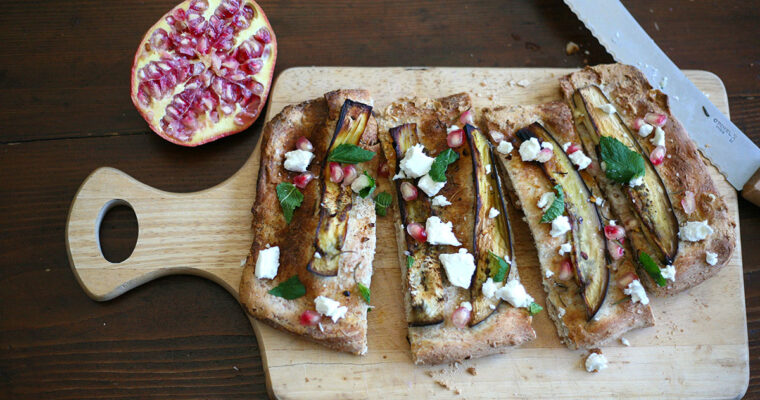 Rose meringues with pomegranates and pistachios